The Senate Finance Committee on Tuesday held a hearing on the topic of “inversion,” a tax avoidance tactic that companies use to legally reincorporate in another country on paper, where a key Senate leader referred to the trend as a virus infecting the U.S. economy. That same day, Dick Durbin, the senior senator from Walgreens’ home state of Illinois wrote a scathing letter to CEO Greg Wasson, warning of a potential consumer and political backlash if Walgreens decides to invert.

On Wednesday, Senate Majority Leader Harry Reid went further, chiding the company for considering a move he described as the definition of “exploitation”.

“The company that Charles Walgreen started is reportedly considering a renunciation of its American citizenship and a move to Switzerland, just to avoid paying its fair share of taxes,” Reid said on the Senate floor. “This practice, what some call ‘inversion,’ is a tax trick — a loophole.”

President Barack Obama joined the chorus of inversion opposition on Thursday, urging quick action by Congress to stop the practice. During his speech at the Los Angeles Technical College, Obama promoted what he called “economic patriotism”. 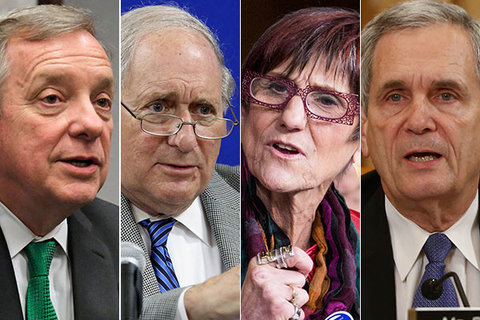 Democrats introduced new legislation on Tuesday which would bar federal contracts for inverted companies. The bill, named “The No Federal Contracts for Corporate Deserters Act,” would attempt to discourage inversions by withholding federal funds from companies who reincorporate abroad.

Walgreen Strategy Watch (WSW) is an independent initiative of Change to Win advocating for greater transparency from Walgreens Boots Alliance and its subsidiaries. WSW works with other stakeholders to promote greater accountability and disclosure from WBA in the United States and abroad.